A lot is said about the influence of grandmothers, not quite so much about grandfathers… I was fortunate enough to know both my grandfathers. Strangely enough, I didn’t really know them both at the same time.

This is a brief story of Theodore Haralambos Catsoulis.

My paternal grandfather lived in the same country town as we did. He was tall, with a ready smile and an open heart… we children adored him…no matter how busy he was, he always had time for us, maybe just a word or two then, but always kept his promise to ‘be there soon’. I really didn’t understand that he had so much to tell us, much of which I didn’t hear till many years later. He was a farmer, a bee keeper, a man who could turn his hand at anything. That I knew… I also knew that he came from another country, Greece, but when, at 5 years old, I didn’t know to ask…

It was many years after his passing that I heard that he had been chosen to be a guard at the Greek Palace…a great honour. I still haven’t been able to find the exact year, but I would think that it was in his early 20’s as that was the norm. How I would love to have a photo of him in the uniform. The basic uniform hasn’t changed a lot since that time… this photo was taken outside the Greek Palace which is now used to house the President.

Papouli (grandfather, one of several spellings) was born in 1878, on the small Greek island of Kythera… this photo (below) was most likely taken around the time of him becoming a guard (evzone) or not long after. I have him watching over me as I write this… he came to Australia in 1904, worked in cafes before actually owning some, in northern NSW, then moved to Aberdeen, where he had a farm.

He was to become a farmer for the rest of his life, raising his 9 children along the way. Theodore and Chrisanthe Catsoulis were well known among not only the village of Urunga, but also the Greek community and their home was always full of people.
I have written more about them at
That Moment in Time
http://thatmomentintime-crissouli.blogspot.com.au/2011/07/grandma-dont-make-marmalade.html
Papouli loved to sit in the verandah and tell us the stories of how things worked and grew. He showed us the honeycomb, dripping with golden delight and warned us to keep away
from the bees till he said it was safe. I can see him in a veiled hat and smoking the hives till this day.
He helped us pick fruit from the many trees and walked through the garden with us,
introducing us to aniseed and fennel…He showed us how to shake the macadamia tree
till the ripe nuts fell and took us to one of the sheds to crack them open in a vice. I still
think of him every time I enjoy that fragrant fresh nut meat from a newly cracked nut.
We fed the chickens from the huge barrels of meal mix that he had in the storeroom, of course, tasting a little on the way, just because.
The farm was across a road from the lake on the bottom side and below the railway line at the top.

1927 in Urunga was the year that the last trip of the Urunga ferry took place, as a bridge was built across the Bellinger River… 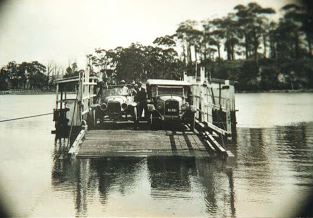 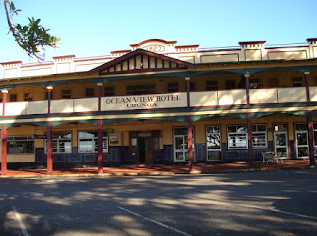 (c) Crissouli
The hotel has a story all it’s own, for another day…
My father’s family on the beach at Urunga… very different attire to today… 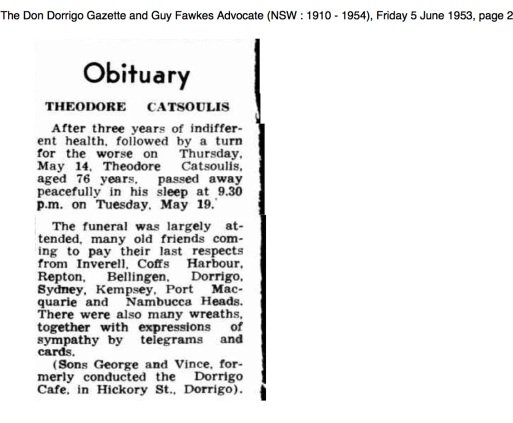 My beloved grandfather was to pass away not long after this photo was taken.
If I close my eyes, I can still smell the faint aroma of his pipe, feel the texture of his cardigan and see his loving smile.

I miss him still.

Reblogged from  The Back Fence of Genealogy, 28th August 2012

The Back Fence of Genealogy